Innovative solution to be used to unite ORC and IRC offshore racing fleets for a 2018 World Championship at The Hague, Netherlands

The Offshore World Championship 2018, a World Sailing sanctioned event, will take place in the Hague, specifically from the port of Scheveningen, in July 2018. An innovative solution will be used for the first time to unite the two largest offshore racing fleets.

For the first time in 2018 in The Hague, IRC and ORC fleets may compete together at an offshore World Championship – photo Max Ranchi

London and Milan — Baltic, North Sea, Mediterreanean, Atlantic and English Channel-based yachts along with rated offshore racing boats based everywhere else in the world, will have the chance to compete for the ‘best in the world title’ in a World Sailing-sanctioned offshore World Championship.

Racing using a handicap or rating system is a way for yachts of different size, shape, age and performance profiles to compete together equitably on the same race course at the same time. There are many handicap and rating systems in use around the world but the two most successful in terms of numbers of subscribers are ORC and IRC. Together the two have rated over 15,000 boats in over 50 countries worldwide in 2016.

There have been World Championships run since 1999 for yachts handicapped under the Offshore Racing Congress’ IMS and ORCi rating systems, while for the first time since being sanctioned as an International Rating system by World Sailing in 2003, IRC scoring will be used in a World Championship.

A pragmatic and innovative solution now opens the door to allow an offshore fleet derived from ORCi and IRC-rated boats to assemble and compete for their discipline’s ultimate title, ‘World Champion’. By using a combined scoring system, this combined fleet will, in 2018, be able to compete on the water against each other for the first time using both systems.

The compromise reached at the sport’s international federation (World Sailing) conference in Barcelona last November calls for each boat entering the world championship to have a measurement certificate from each of the two systems, ORCi and IRC. ORC had previously approved the proposal bid from organizers from The Hague to be hosts for the World Championship based on the ORC’s standard week-long championship format, however the details of format and scoring will be re-examined by a Working Party formed from IRC and ORC to examine the options.

Stan Honey, chairman of World Sailing’s Oceanic and Offshore Committee said: “It was really important to come up with a solution to find a way for the two most important fleets of offshore yachts to compete for a world title. By using both systems conjointly for the event’s scoring neither group is compromised and both groups benefit from the dual system solution that we agreed upon in Barcelona last month. I’m looking forward to the return on experience from this event in 2018. I’m sure it will be a popular and successful event.”

Based on the experience from this exciting new cooperation between these two systems, further evolutions and convergence are envisaged in the future.

Marcel Schuttelaar, Chairman of The Hague Offshore Sailing World Championship 2018: “We are extremely pleased that the two major rating systems of the world are agreeing to make our event a pioneer in future cooperation for the World Championship. Our venue location is ideally suited to attract a strong turnout from both cultures, so we look forward to working closely with ORC and IRC on building the framework for a successful championship event.”

About IRC:
IRC was first recognised by World Sailing (then ISAF) as an International Rating System in 2003. It was developed in 1984 by UNCL in France and the RORC in the UK and called CHS. It is now used in over 40 countries around the world and has evolved to a stage where it is the system used for deciding many of the principal trophies in most of the classic offshore events and many international regattas all around the world. The simple scoring system encourages all round performance and pushes crews to make the best of their equipment.

About ORC:
Since 1969, ORC has been a world leader in providing a scientific and transparent rating system used to create fair racing among a broad variety of boat types, from Sportboats to Superyachts. Over 10,000 ORC certificates were issued to boats from 45 counties by 35 ORC national rating offices in 2016. Since 1999 ORC has organized the annual ORC World Championship, an inshore and offshore event sanctioned by World Sailing, with recent events attracting over 100 entries from dozens of countries around the world. 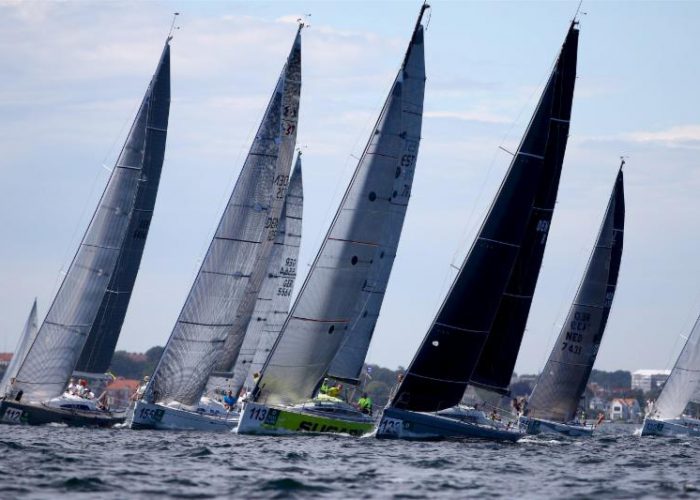