Representatives of the International Rating Certificate (IRC) from around the world met in France for two days of debate and discussion at the beginning of October.  The 2019 Congress was hosted by l’Union Nationale pour la Course au Large (UNCL) and the Société des Régates d’Antibes, and delegates arriving into Nice airport enjoyed an aerial view of the racing at Les Voiles de St Tropez.

The annual conference provides a good forum for IRC owners’ representatives and administrators from many countries to share experiences and ideas from different perspectives and racing cultures; this year was no exception with both formal and informal discussions taking place over the weekend. In additional meetings, the IRC Congress agreed on a number of developments for 2020 as a result of research by the Technical Committee throughout the year, while the IRC Policy Steering Group reinforced the good relations between RORC and UNCL, joint owners of the IRC Rule.

All at Congress agreed that great events drive participation, and it was interesting to hear of initiatives aimed at increasing IRC fleets, particularly amongst cruiser-racers. For those aspiring to IRC Champion status two events confirmed for 2020 are the IRC European Championship in Ireland in July, hosted by the Royal Cork Yacht Club as part of the club’s 300th anniversary year, and the ORC/IRC World Championship hosted in Newport by the New York Yacht Club in September.

IRC rule changes approved for 2020 include rules relating to whisker poles, the input of list angle for water ballasted boats, the definition of bulb weight and several housekeeping items. The Technical Committee have agreed an enhanced formulation for 2020 to improve the treatment of different fin keel types and water ballasted boats and the rating of whisker poles. In addition, research on flying headsails (also referred to as ‘code zero’ headsails) has made excellent process and the intention is to publish a definition early in 2020 and offer trial certificates later in the year. 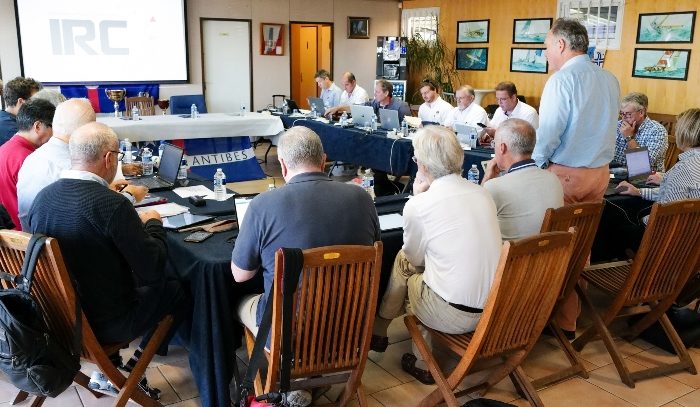