The second ever IRC European Championship took place in the south of France over four days last week for an international fleet of 53 boats.

While last year the inaugural event was incorporated into Volvo Cork Week, this year’s IRC European Championship was a stand-alone affair, held off Marseille, the 2017 European Capital of Sport and the potential 2024 Olympic sailing venue, should Paris win its bid. It was run by the Union Nationale pour la Course au Large (UNCL), in conjunction with the three Marseille clubs, Centre Nautique et Touristique du Lacydon (CNTL), Société Nautique de Marseille (SNM) and Union Nautique Marseillaise (UNM) – the first time they had organised a major international regatta together. 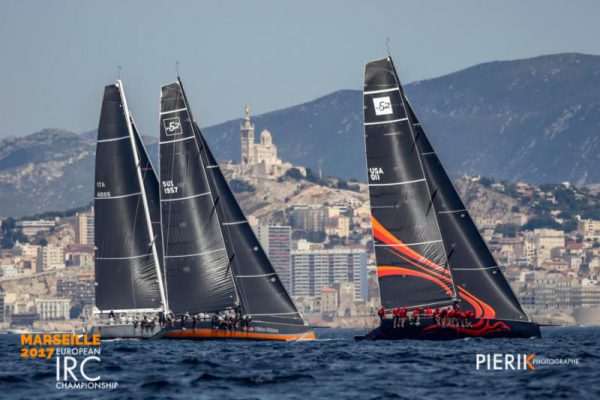 The Marseille 2017 IRC European Championship title was open to boats with an IRC TCC of 0.900 -1.400. In practice entries ranged from 31 footers to TP52s, with IRC, the rating rule of the Royal Ocean Racing Club and UNCL, creating a level playing field for all. Racing was held on windward-leewards and longer courses around Marseille’s off-lying Frioul islands in conditions ranging from light on the first two days, building over the weekend into the high teens.

However ultimately crowned 2017 IRC European Champion was one of the smallest boats: the JPK 10.10, Expresso 2 racing in IRC Four. Owner Guy Claeys regularly races shorthanded, but on this occasion Expresso 2 was sailed with a full crew including Olympic Soling sailor turned sailmaker, Sylvian Chtounder. Training, plus new sails for the event, contributed to the St Tropez-based team’s success and across the series they achieved a near perfect score line, discarding a second. 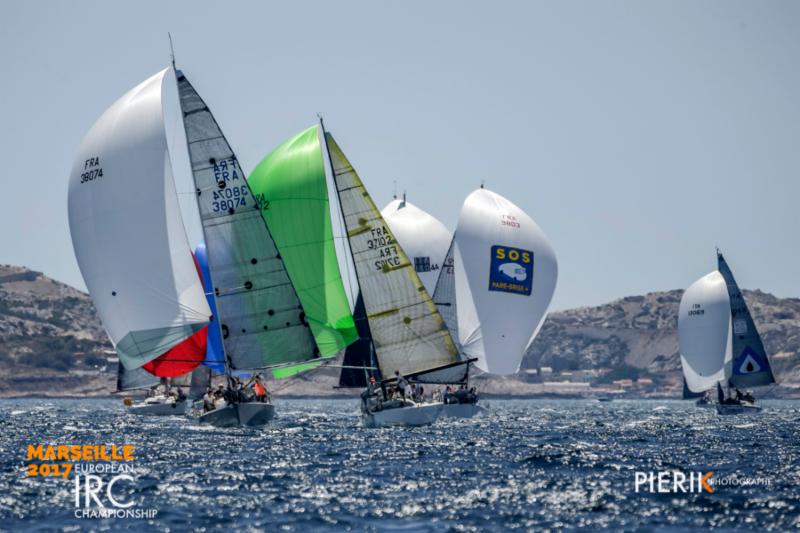 Guy Claeys and his crew on the JPK 10.10 Expresso 2 leads IRC Four to victory and to the overall IRC European Championship title – © Pierik Jeannoutot 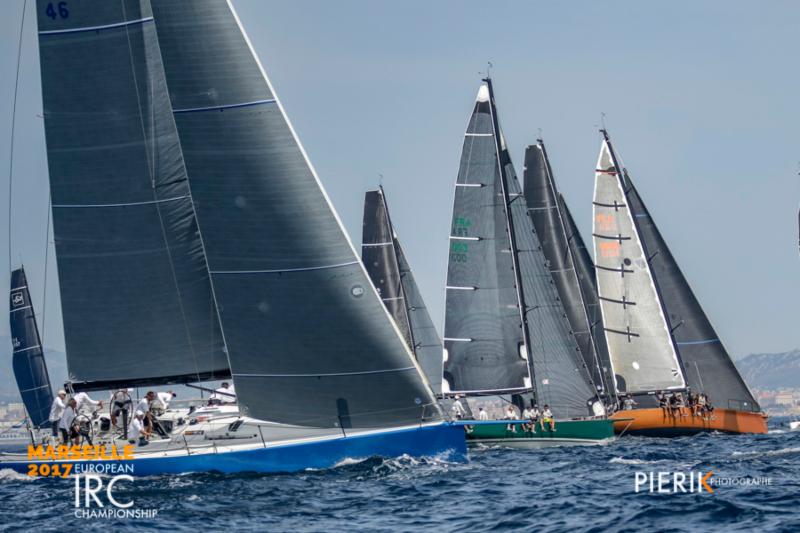 But their championship victory was far from clear-cut. Expresso 2 prevailed thanks to being in the most popular class and three larger boats finished on similar points: Dominique Tian’s Ker 46 Tonnerre de Glen, winner of IRC One; Pascal Fravalo’s A-40 Geranium Killer (featuring two time Olympic sailor Dimitri Deruelle) winner of IRC Two and Simon Henning’s Farr 36 Alice, which prevailed in IRC Three. With the exception of Alice, all this year’s winners have also been this season’s top performers on the UNCL’s Mediterranean IRC Championship. 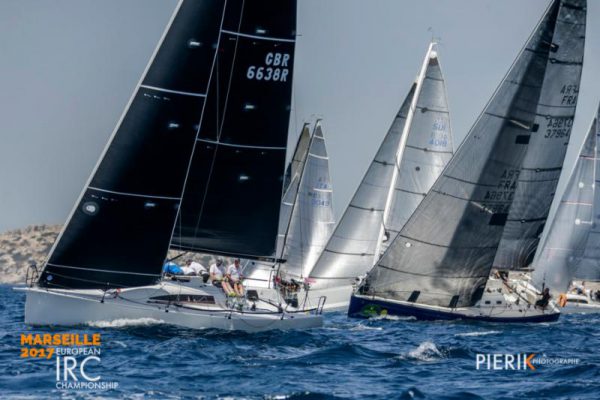 The 1994 vintage Alice, originally owned by Vendée Globe skipper Mike Golding, was the sole British entry in this year’s IRC Europeans and impressively counted no points worse than a second.

“We had a really good week,” enthused Henning’s son, Mike. “We’ve all done a lot of sailing together, everyone on board sailed really well and we managed to get things right every day – going the right way, good crew work and good starts. In fact we didn’t have any bad situations at all.”

“It was good to see the Farr 36s going so well,” Henning continued. “I think we raised each other’s game – we were neck and neck and we extended on the fleet. Sub-10 knots they are extremely competitive, but we saw 22 knots and most racing was in 12 knots – the crossover where heavier boats start doing better.”

Henning said the event was well run both on the water and ashore with the host clubs taking turns to hold social functions. “It was really friendly – we were welcomed so well by the French and by the race committee and the competitors. But by the end they were joking that they didn’t want us back!”

In all four classes mentioned the winners were all stand-outs, none more so than Expresso 2 which won IRC Four on seven points to the Forestier family’s Elan 333 GTE Fioupelan in second on 28. This was not the case in IRC Zero, where after eight races, the top three finished within four points. Ultimately local favourites, Dr Jean-Jacques Chaubard’s TP52 Team Vision Futur won, a mere point ahead of Hasso Plattner and daughter Tina’s heavyweight crew on their newly acquired Phoenix.

Calling tactics on board Phoenix was America’s Cup winning helmsman Ed Baird, who observed: “This was the first IRC event I have ever done. It’s a long time since I’ve done any handicap racing. I thought that it was interesting with all the different sizes of boat – it changed the concept of getting around the course.”

The 2014 generation Phoenix was the newest TP52 competing while the three other TP52s were all optimised for IRC. This didn’t seem to make much difference said Baird: “Generally we sailed to the rating: We rate the fastest boat and we were. If we used that strength correctly we could save our time and if we didn’t, we couldn’t.” 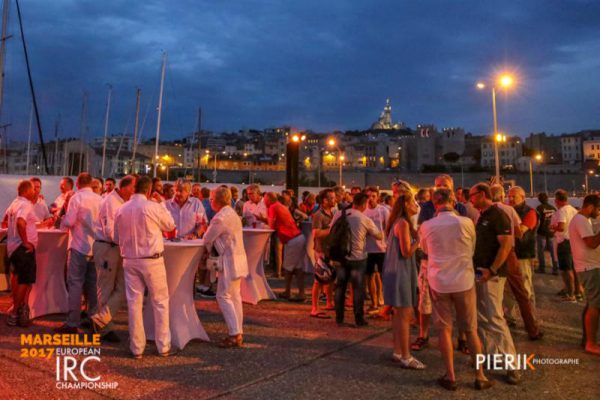 Philippe Serenon, a past UNCL President, who also sits on the IRC Policy Steering Group, competed on board Yves Grosjean’s J/133 Jivaro, finishing second in IRC Two. He commented: “This has been a really high level European Championship with plenty of world renowned sailors, but with amateur crews on most boats. That a variety of boats were rewarded shows that IRC is strong.”

Serenon was especially impressed by the Farr 36s’ performance: “That is the beauty of IRC: If you take an old boat and have good sails and good people on board, you can be very competitive.”

The IRC European Championship is next scheduled to take place in Cowes in 2018, when it will also incorporate the RORC’s Commodores’ Cup. Serenon feels it has a great future: “The RORC and UNCL still have a lot of work to do to make people believe it is accessible to them. With a mix of very good sailing and enjoyable evenings on land with good friends – there is no reason why it shouldn’t continue to grow.”

Overall results by class (including discard) 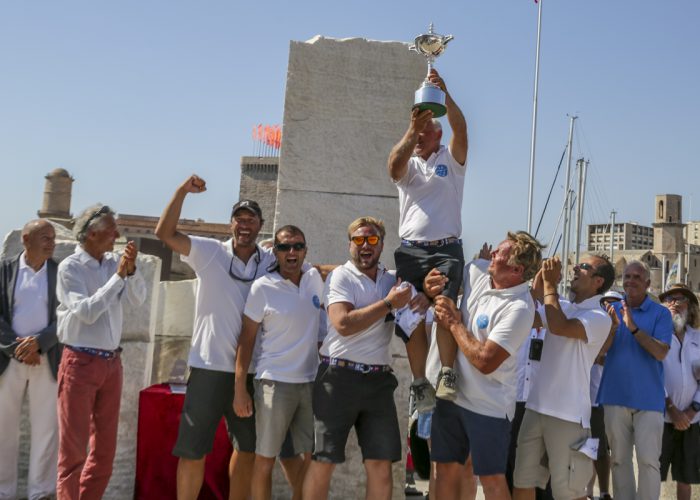