Representatives of the International Rating Certificate (IRC) from around the World met in October for the annual IRC Congress to discuss the past IRC season and future developments. This year it was possible for a small group of RORC and UNCL representatives to meet in person at the RORC’s London clubhouse in St James’s Place, while the majority of delegates joined the meeting by video link from a variety of time zones from the USA to Japan and Australia.

Michael Boyd was in the Chair for the third year, supported by Vice Chairman Carl Sabbe from Belgium, and other representatives dialled in from across Europe, Scandinavia, Asia, Australia, Japan and the USA. Although this type of long-distance conference misses the in-person camaraderie and additional discussions which always add so much to the meetings, the benefits are less time and cost involved for IRC’s overseas representatives and, importantly, a much reduced environmental impact.

Although in some countries the pandemic is still causing restrictions on sailing and cross-border travel, the overall feeling was positive that racing would return to pre-pandemic levels; in those countries where restrictions have been lifted there is palpable eagerness to be out on the water racing, and as well as the exciting new boats joining the IRC fleet it is also good to see older boats returning to the racecourse or joining IRC for the first time.

A small number of rule changes were proposed by the IRC Technical Committee for 2022 and agreed by Congress. IRC measurement condition will now explicitly include permanently installed renewable energy features such as solar panels. Autopilots have been the subject of much discussion during the year, and this of course relates in particular to double-handed racing which continues to be very popular both for inshore racing and offshore classics, with the Rolex Fastnet Race and Rolex Sydney Hobart Yacht Race including large double handed classes. One of the IRC rule changes agreed for 2022 now excludes the use of stored power for steering unless permitted by the relevant notice of race. Another rule change relates to whisker poles, recognising that the ability to set a whisker pole on a headsail to windward is a safety consideration in heavy weather; they now only need to be declared if used to set a headsail to leeward.

There was also a rule change submission from Australia for IRC to allow two concurrent certificates for different configurations, in their case the demand is for offshore v. inshore racing. The principle of two certificates was agreed by Congress and a pilot will be developed to be tested in Australia and other southern hemisphere countries during 2022, with a view to worldwide rollout if it proves successful.

The Technical Committee are also looking at a number of technical developments in IRC, including more equitable treatment of light, powerful boats of 50-70 feet length, an improved method of rating of keel types and the rating of multiple headsails set simultaneously.

Enthusiasm is high for IRC racing in 2022, ranging from club level to open inshore events and offshore races including the Aegean 600 and new RORC Baltic 600. The 2022 IRC European Championship has been confirmed and will be held in Breskens, Netherlands, in August.

The full IRC Congress 2021 Minutes and other associated documents are online at https://ircrating.org/about/irc-congress/ 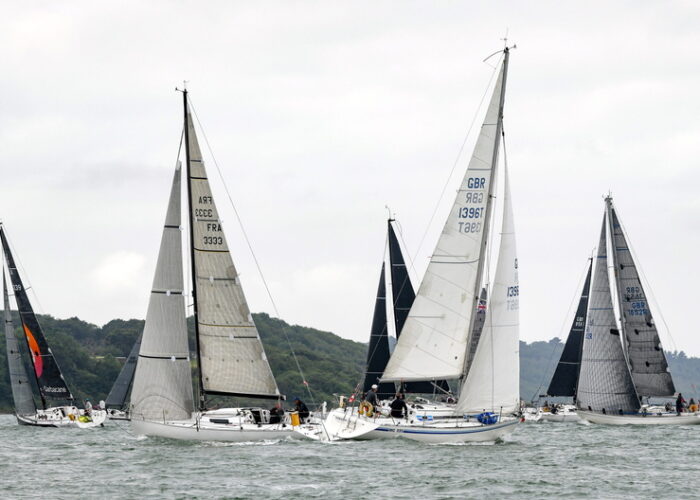